Why HTML 5 is the future of web development? 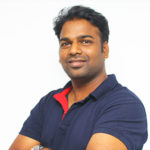 HTML 5 is the latest incarnation of the hypertext markup programming language and since its release in 2011 its popularity has ballooned. The most important reason for this surge is because it can function in different browsers and between platforms with no need for plug-ins or extra downloads. A recent survey of over 2000 business who use open source applications has established that not is HTML5 enjoying massive popularity but its utility is expanding:

60% of developers have migrated to HTML5

This statistic demonstrates that almost unprecedented brand loyalty to the platform has been established in such a short space of time. In addition of this 60% over 70% of HTML5 developers report that they are doing more with the new platform than they were the previous year and this figure looks set to rise to over 75% in 2014. These figures are augmented by assertions that only 4% plan to work less with HTML5 in 2014. In addition as the numbers gravitating to HTML5 is predicted to continue rising the less development is planned to occur with native technologies.

Today the either or support of windows or iPhones are well and truly distant and fading. Over half of developers now support mobile and desktop devices as the primary source for the applications they produce. On average a developer will today support five different devices, less than 20% of developers only target mobile devices and for desktop devices, the figure is approximately 30%.

In desktop applications micro-soft currently enjoys dominance in terms of targeted application development but this masks the fact (at least according to the report) that 30% of developers have withdrawn their support. It also appears that many Microsoft mobile devices are subject to some of the most pronounced testing gaps for apps in the entire web development industry. Intertwined with such realities is the fact that Typescript, the latest scripting language from Microsoft has been less than well received by the industry.   The future is as far as Microsoft is concerned is less than 100% guaranteed.

Having said all of the this the most popular set up that developers utilize as platforms for their applications is the standard PC and laptop set up. However, Android and iPhone/iPad follow with 60% and 50% targeting respectively.  These figures mask the difference between supporting and testing, where the former is box-ticking exercise where developers can say they support a particular platform without taking any active participation in their application on that platform. The biggest gap between testing and supporting lies with iPod and Windows portable devices, such as mobiles and tablets. Organisations such as Microsoft ought to be anxious due to the discrepancy between actual testing of applications on their devices and the levels of actual endorsement for them. This is particularly pertinent given the dissemination and diversity of devices which support applications which are targeted specifically to mobile and desktop devices as developers require.

Is HTML5 the future?

Data collated from the survey suggests that the majority of developers have already migrated to HTML5 with over 46% using technology delivered directly from the browser, with an additional 15% focusing entirely on mobile hybrid technology.  The survey has drawn out theta the main reasons for developing with HTML % are:

In summary HTML5 has had a profound impact and looks set to continue to radically overhaul the mechanisms by which web development progresses.

do you have an interesting project?

Tell Us about your project